9 Days/8 Nights Best of what North India has to offer, Fully Guided 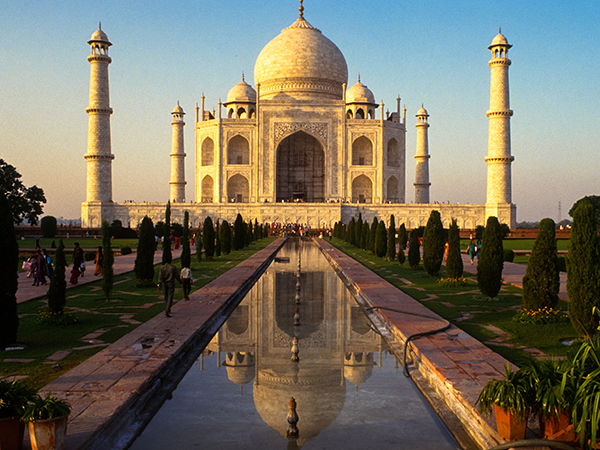 This trip takes you the very best of North India. From the timeless city of Delhi with its centuries old monuments and colonial touch of New Delhi, visit the colourful and royal city of Jaipur. On the way to Agra, you will see the ‘ghost-city’ of Fatehpur Sikri before you see the most photographed building in the world – words cannot describe the beauty of Taj Mahal. Experience a train journey before proceeding to Khajuraho, best known for its magnificent temples of erotic art and then visit one of the 4 holy cities of India – Varanasi. A visit to India is incomplete without having a glimpse of evening prayers on sacred River Ganges – this mystical ambience is sure going to touch your soul.

Arrive Delhi and Transfer to the hotel.

After breakfast, we cross the city into the walled gates of Old Delhi. Our tour includes a visit to the “Jama Mosque” (1650) and drive through the fabled area of “Chandni Chowk”. Then we drive past the Red Fort (1639-1648) built by Shahjehan, the builder of the Taj Mahal in Agra. Later visit Raj Ghat to pay homage to Father of the Indian Nation – Mahatma Gandhi.

In the afternoon, we proceed on a tour of New Delhi visiting the Qutub Minar. Drive through the Embassy area, Connaught Place, the heart and main shopping district of the capital. Continue to Humayun’s tomb, also known as the forerunner to the Taj Mahal. 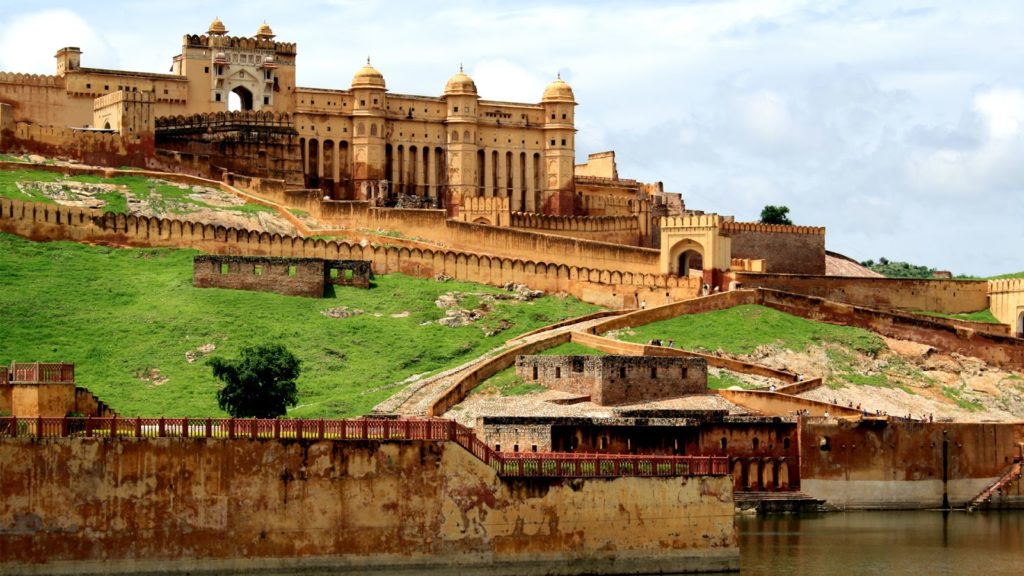 Morning excursion of Amber fort and climb the fortress ramparts on an elephant back. Amber – just 7 miles north of Jaipur is Amber with it’s a honey-coloured fortress-palace in the Aravalli Hills. Enjoy an elephant ride along the fortress ramparts. The sombre exterior belies the richness of the royal apartments which open on to striking views of the gorge. Walk into the Sheesh Mahal and admire the amazing interior décor thought of over 200 years ago. The Hall of Victory presents a galaxy of decorative art panels of alabaster with fine inlay work.

Afternoon city tour of Jaipur, the city which has the “tones of an autumn sunset”. Drive past the Hawa Mahal an elaborate building encrusted with delicate honeycomb screens and carved balconies from behind which the royal Zanana, could view the world outside. Jai Singh’s Observatory built in the 17th century by the founder of Jaipur who, besides being a prince was also soldier, astronomer and builder. This is an architectural feat. Visit the City Palace now a museum exhibiting fine Rajput and Moghul paintings, rare manuscripts and an armoury.

Transfer to Agra enroute visit Fatehpur Sikri (232kms, 6 hrs drive) 40kms west of Agra and is the ghost city of Fatehpur Sikri . An epic poem in red sandstone, it was built by Emperor Akbar in 1569 and deserted 14 years later due to lack of water. Legend has it that Akbar who was without a male heir, made a pilgrimage to this spot to visit the saint Sheikh Salim Chisti. The saint predicted the birth of a male heir and in gratitude, after his son Jehangir was born, he built Fatehpur Sikri to commemorate the birth. After the tour continue drive to Agra, Arrive, proceed to the hotel.

Afternoon proceed for a Agra city visiting the wonder, Taj Mahal. On entering the gateway which is remarkable in itself, you get our first glimpse of the Taj Mahal, the most extravagant monument ever built for love. On the death of his beloved wife Mumtaz Mahal, Moghul Emperor Shah Jehan built her this memorial over which 20,000 men laboured for 22 years to create a masterpiece in white marble inlaid with semi-precious stones; the art is called Pietra Dura. Stroll down the ornamental gardens laid out along the classical Mughal charbagh lines. This garden is separated by a long watercourse, which reflects the monument in perfect symmetry. A short drive away is the Agra Fort where Shah Jehan spent the last years of his life, imprisoned by his son Aurangzeb. Also visit the exquisite tomb of Itmad-ud-daulah, the father of Queen Nur Jehan. This was the first Mughal structure entirely built in marble with extensive use ofPietra Dura, the style of inlay work on marble.

After an early morning breakfast, transfer to the railway station to board the train for Jhansi. On arrival, drive to Orchha, a medieval village where time has stopped. Orchha is a city founded by Bundela rulers with palaces and temples of the 16th and 17th centuries which have remarkably withstood the onslaught of time. The river Betwa picturesquely flanks the city. Reach Orchha and see the beautiful Palace Complex – Jahangir Mahal and the Raja Mahal. After lunch resume drive to Khajuraho. 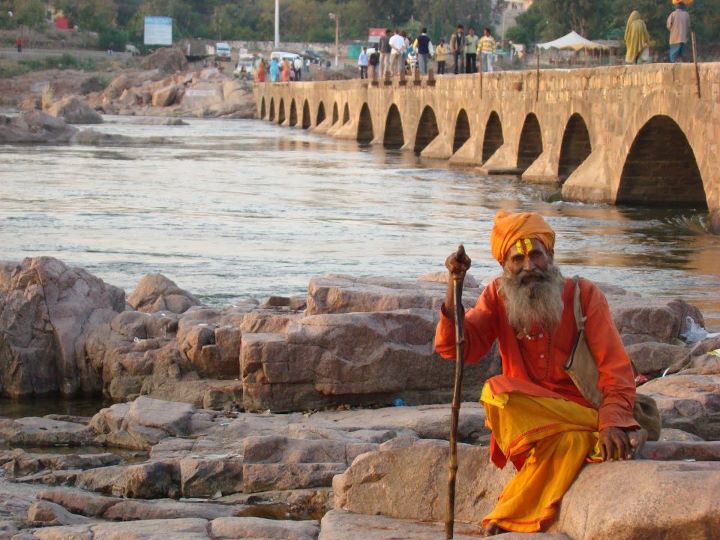 Transfer to the airport to board the flight for Varanasi, the world’s most ancient city and the home of Hinduism. The present name is derived from the fact that it is at the confluence of the two rivers Varuna and Asi that flow across the city. In the evening drive to the Ghat to see the Aarti ceremony. As the sun starts to set, the temple priests perform Aarti, the sacred “light ceremony”, on the riverbanks of Mother Ganges.

Early morning we take you to the banks of river Ganges where we board a boat to see the morning ablutions of the Hindus from the safety of our boat. The “boat ride” will also give you a spectacular view of a sunrise on the River Ganges. Return to the hotel for breakfast. Depart for the visit of Sarnath. At the ancient Buddhist learning center of Sarnath, where Gautam Buddha preached his first sermon to his disciples as portrayed in Bernardo Bertolucci’s film “Little Buddha.”

We then visit the Sarnath Museum which houses some of the greatest treasures of Indian Buddhist art, including Ashoka’s Lion Capital, the National Emblem of India dating back to the 3rd century B.C. and the beautiful Teaching Buddha, which are among the most beautiful sculptures in the world. At noon, enjoy the city tour; we visit the largest and oldest university in north India – Benaras Hindu University. Spread over an area of 2,000 acres, this great place of education was established by Pt. Madan Mohan Malaviya. The temple “Bharat Mata Temple” is dedicated to Mother India. This temple stands in the Mahatma Gandhi Kashi Vidyapeeth, which was built by Babu Shiv Prasad Gupt. It was inaugurated by Mahatma Gandhi in 1936 so that the citizens could respect Mother India in statue form sculpted in marble. 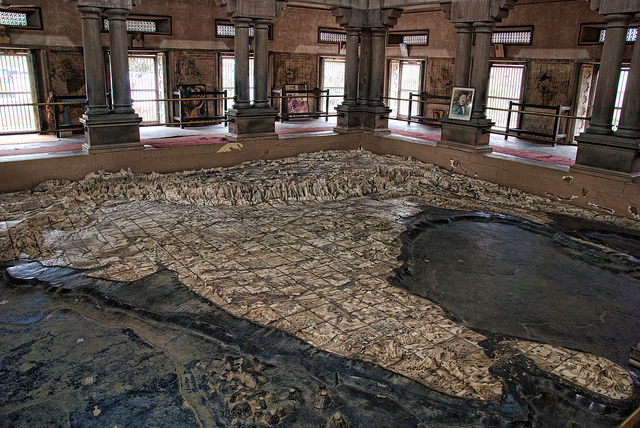 Today you will be transferred to Varanasi Airport for your onward flight connection.
Independent program can be modified or operated in reverse.

Excluded: International and domestic flights, Visa, insurance, airport taxes, meals not included above, beverages during meals included in program, gratuities and any expense of personal nature.

Note:  Taj Mahal is closed to visitors on Fridays and Sarnath Museum is closed on Fridays. Please contact us if you require more information on different Hotel categories.